People with visual disabilities, mental disorders, asperguer syndrome or senior students attending college in CAMPUSHABITAT5U and even average students during the first days at the University have often significant problems of orientation.
Therefore, CAMPUSHABITAT5U will have a label system with beacons that will emit identification text signals that can be received by the mobile terminals of each student or person attending college. An interactive map that would reach the terminal using wireless technology to communicate with the terminal through an app designed for that function could be used. After several low cost emisors could be distributed around the building to assist the user to locate him/herself in the general map or even to be reached in case of need. 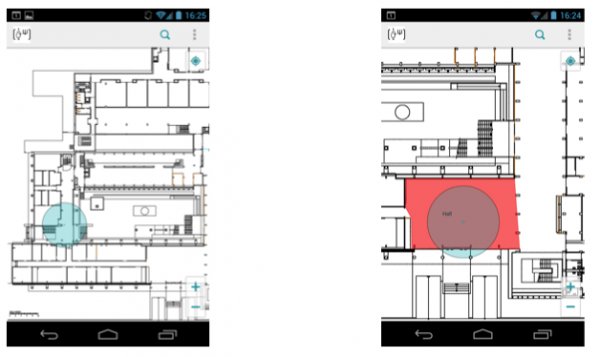